In September 2013 – we had been here in Tanzania not one year – we were invited to a parish called Mwangaria. It was – and is – situated around 40 kilometers from where we live at the slopes of Kilimanjaro.  When we passed a village with huts and dirty shops I felt like a voice within me: “It is in this area that you will concentrate your work”.

After some time – or if it was the same day . I met a Pentecostal pastor on the road and he directly on the spot offered me a plot. He had a vision of starting a work with orphan children and had had a contact in Europe but for some reasons this contact did not work. So now – I was offered that plot and on that plot we – step by step – built up a school for those of our orphan children who do not go to secondary schools for further studies. Just now we have 13 teenagers training there in sowing. But we do not have only that school in that area. May I mention for You what we until today are doing in Mwangaria and in the region called Kahe?

Our children work MOKICCO has really made an impact in this area. This month we were offered a big plot for harvesting maize in another village there. We are just now building a house for a poor widow in Mwangaria. And from that village I recently heard that boys there have teams of football and one team is called MOKICCO! 15th of September I was called to preach in the parish of Kisange-Sangeni in this Kahe region. The parish is rather small and poor but now they try to build a Church there. As You can see on the picture they have not finished that project yet but they really try.

What I felt inside in me in September 2013 was not my own imagination – it was the voice of the Holy Spirit: “You shall concentrate your work here”.

Thank You for standing with us in our future ministry in Kahe region and in other places in Tanzania!
Carl-Erik 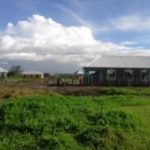 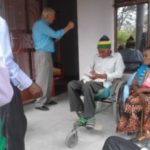 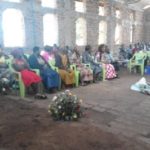